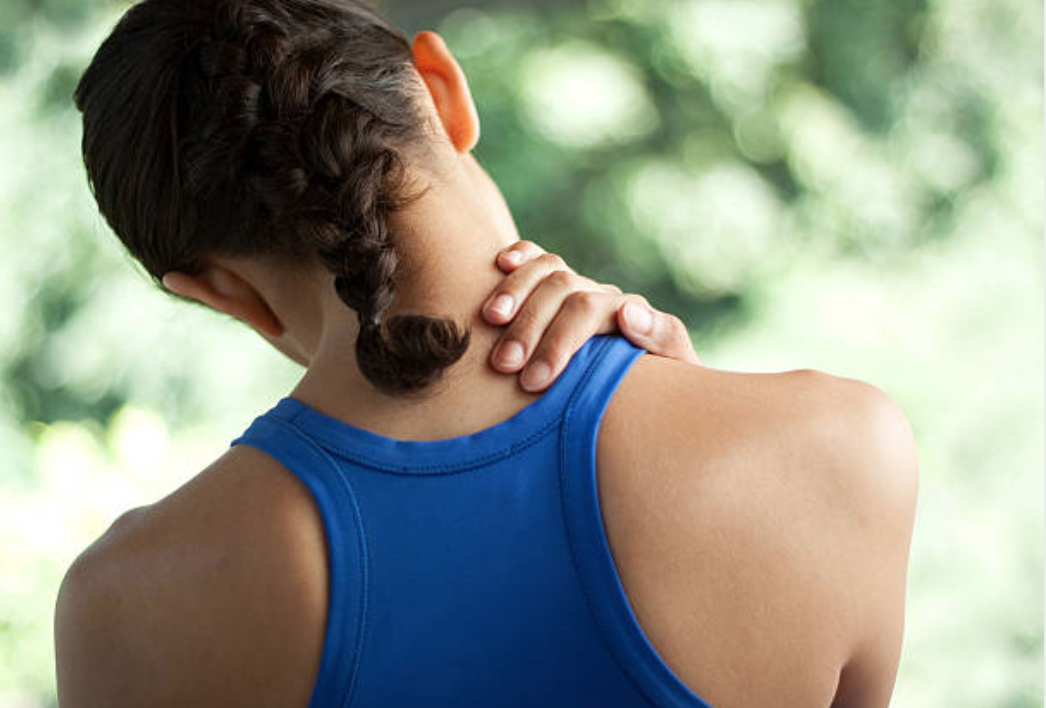 Neck pain can present itself in a myriad of different ways. It can be the result of whiplash after a car accident or of unknown causes, i.e. “I just woke up like this”.

Pain coming from neck structures can refer to the head causing headaches, or down the arms, or even further down the spine into what is known as the thoracic spine. The symptom of dizziness can also have its origins from the neck. If they are inflamed or compressed, the nerves of the neck can also cause symptoms of pain in the arms. Nerve pain is often combined with the symptoms of pins and needles and numbness and is often a sharp shooting pain. When the neck itself is referring pain down the arm it tends to be more of a dull ache.

Let us start by looking at the anatomy of the neck, or cervical spine.

Approximately 50% of the cervical spine’s rotation occurs at C1-2 and a third of nodding occurs at C0-1. The vertebrae from C3 to C7, and even down into the top of the Thoracic spine to T4, provide the remainder of the movement of the neck, forward/backward (flexion/extension), rotation, and side bending (lateral flexion).

All of the cervical spine bones have lateral facet joints that help to control the movement of the neck. From C2-3 down the spine, we also have discs between each vertebra. Ligaments also help to control the movement of the cervical spine as well as the musculature of the spine. Problems in the cervical spine from C0-3 can be the source of headaches.  Whilst C5-T2 can refer pain down the arm. The cervical discs can also refer pain into the thoracic spine. This is termed the Cloward sign. The nerves of the neck can also be a source of symptoms which we will discuss in a further blog.

When a physiotherapist assesses your neck, they are going to be looking at the referral pattern of your pain and whether it matches your symptoms. We perform both active and passive movements of your spine to determine pain and stiffness. Passive movement of the spine is often called mobilisation of the spine. We massage the musculature of the spine to feel for overactivity. We check for ligamentous stability. We assess whether you have neural pain or referred pain.

We also look at your posture whether you hold your head too far forward or your shoulder blades are rounded forward. The upper trapezius can sometimes appear tight when actually it is lengthened due to poor shoulder blade positioning. The position of the neck and shoulder blades influences mostly the musculature but also the loading of all the structures of the cervical spine and therefore is important to consider in the management of your neck pain. Any weakness of the cervical musculature is also important to assess.